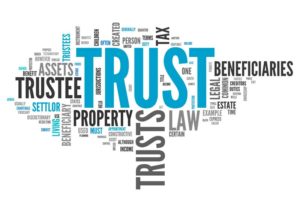 Same-sex couples who live in states that do not recognize same-sex marriage may unfortunately face a state-level inheritance tax upon the passing of the first spouse.

An example is a couple who marries in a state where same-sex marriage is legal, such as California. One spouse passed away while living in a state that does not recognize the marriage, such as Pennsylvania. One young widow, however, is fighting back against this unfortunate consequence of the inheritance tax.

The woman in charge of contesting the Department of Revenue’s assessment of a 15% tax is Barbara Baus. Baus and Catherine Burgi-Rios lived in Pennsylvania at the time of Burgi-Rios’ passing. While in this other state, she received the diagnosis leukemia. She eventually passed in September of 2012.

In late October, Baus moved forward, challenging the application of the Inheritance Tax. If the state recognized their marriage as legal, she would not have owed any tax. The couple jointly owned a home, cars, and bank accounts. The two women named each other as executors and sole beneficiaries in their wills.

The state’s Department of Revenue argues that the marriage is not valid in Pennsylvania.

Baus was issued a tax bill using the tax rate that applies to legal strangers. If the Department were to recognize the marriage, the tax rate among spouses would have been zero.

Pennsylvania is unique in that the Defense of Marriage Act is in violation with the Uniformity Clause of the Pennsylvania Constitution. The case is  a perfect example of what may happen when same-sex couples with valid marriages, and they choose to live in states that do not permit such a marriage. They may ultimately cause themselves financial harm.